These past few weeks have been busy! As we slowly emerge from a long winter, a few major changes have come to LY Chinchillas too: we switched from our custom-built digs over to Ferret Nation 182 cages! Admittedly, I went a little crazy with the purchasing process because we ended up with 3 full double units, but after much deliberation on space and convenience, I’ve decided to keep the third double unit boxed up and in storage until more space allows for it in the future.

To start, I’ll speak a little about the emotional change that comes with a major cage change. We had built our custom cages with time, energy, and great care, and they turned out great. They were a little less spacious than I had hoped given the constraints of finding a convertible wardrobe unit, but the larger cages had a lot of vertical space for the two mosaic girls Lulu & Fifi, as well as my standard firstborn son Mittenmaus. Koko resided in the top cage partition, as she has never (to this day) displayed an iota of jumping capability. Separately, Muff had a custom cage built out of two smaller unit cages that he simply loved, including a climbing wall and lots of space for his jellybean self to roam and chirp. There were some downsides to the custom cages, but overall, they were built with great love and care with safety and personalities in mind. 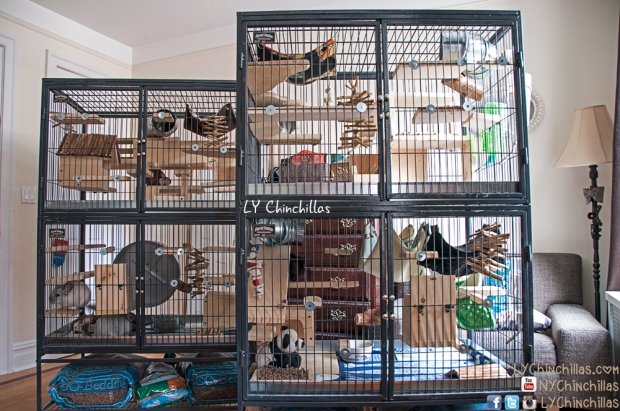 The girls didn’t mind at all. They are seemingly more independent and less attached to the comfort of any one place, as if peace of mind is something already engrained in their brains, bringing a sense of ease and calm to their transition. Mitty is an (unsuccessful) escape artist, that’s just how he rolls. He explored his cage to the fullest, memorized each jump and leap and corner, and settled in. Of course, he’s still going forward with his master plan of eventually escaping, and I do wish I could give him a full double unit to himself, but the space is adequate for him and I’m confident that he will adjust over time. Muff, on the other hand, was as nervous as I was. He missed his old cage! Truthfully, this space was a little bit of a downgrade for him, height-wise. The way Muff was acting, I was really starting to doubt my decision. There was a noticeable increase in stress: nervous squeaking, an unwillingness to talk to me or meet my hands, weight loss, and agitated jumping for several days. Part of me wanted to turn back and give him back his old everything, but I made the executive decision to wait and let the new cages settle in – for both me, and the chins. 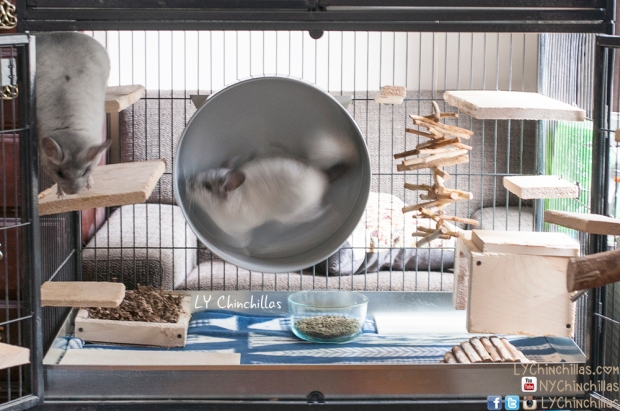 I knew that I purchased these cages for a particular reason: in the hopes that they are the very best, safest, and cleanest option for our living situation right now. Residing in a NYC apartment is not exactly spacious, and every square foot counts. The same day the cages were set up and before I had the chance to reconsider turning back, I had already dismantled the old cages and re-purposed any salvageable kiln-dried pine for ledges and platforms in the new cages. This made it tough, because the moment I started taking parts down, I knew that I wasn’t going to reconstruct the old cages. I had some restless sleep (yes, I’m seriously in tune with my kids) but I lived with it. It was time to move forward. In the following week, all of Muff’s weight loss had been regained, and attitudes from all parties were perking up.

So, that brings me to this very lengthy post – a post which, in many ways, is a formulation of my opinions that are still in infancy. I’ve had the new cages for under a month, and have had some time to modify their interiors to my liking. While I have yet to make any definitive emotional connection with Ferret Nation, I’ve also been forced to put my custom cages in my past. I figured that places me in a unique position to evenly critique the pros and cons of Ferret Nation.

The takeaway? These cages are great for our status quo. Make no mistake about it: when the time comes to buy a house in the country, I have grand plans to painstakingly build fully customized cage mansions for each of the chins (blueprints are already on hand). For now, Ferret Nations will do the job, and do the job relatively well. Stay tuned for future posts about FN cage customization! 🙂 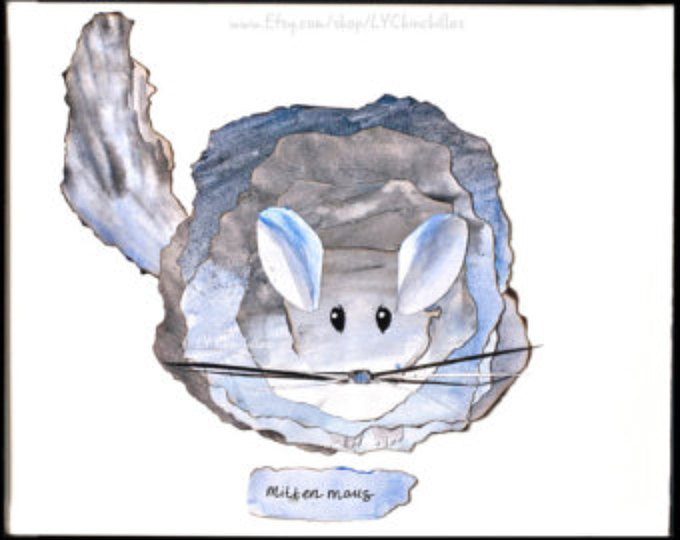 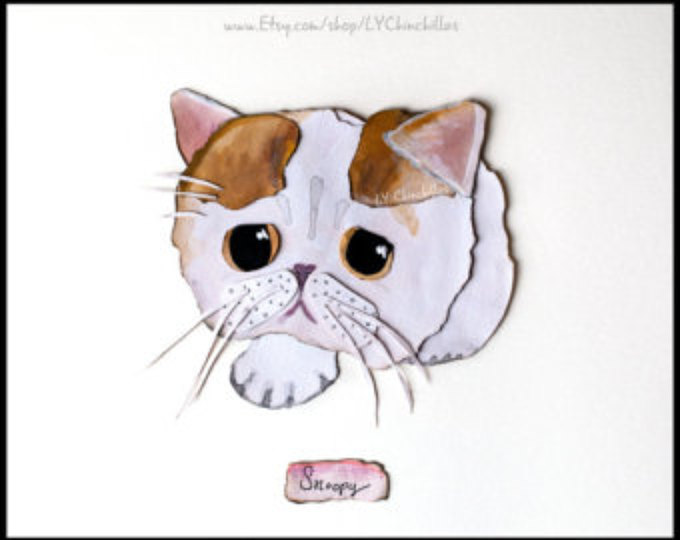